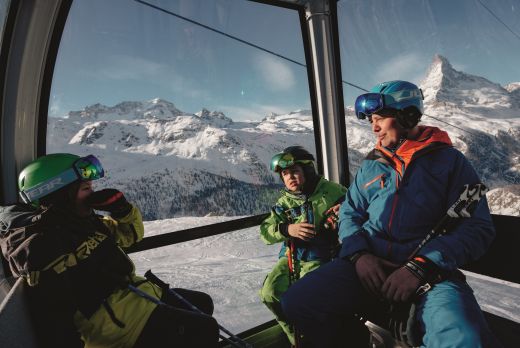 Switzerland Giving Away 12000 Kids Lift Passes This Winter
Last season Switzerland caused a stir in the snow sports industry after it was announced that they would be giving away 12000 kids one week lift passes. The action, known as Kids4Free, was such a huge success that it will once again return for season 2019/2020.

Starting 1 October 2019, and running for the whole month, adults can enter a draw on MySwitzerland.com on behalf of one child aged under 13. There is a choice of 44 cable cars and mountain railways throughout Switzerland. There are ski resorts in Ticino, the Romansh and German-speaking regions, as well as western Switzerland.

The number of new guests from the Kids4Free initiative was really impressive, says Berno Stoffel, CEO of the Grächen Tourism Cooperative.

FIS President and Swiss native Gian Franco Kasper added My congratulations to Swiss Tourism and the Swiss cable ways for a great initiative. In order for snow sports to exist in the future we need the next generation enjoying the snow.

To enter the draw hit the link below and be sure not miss out.