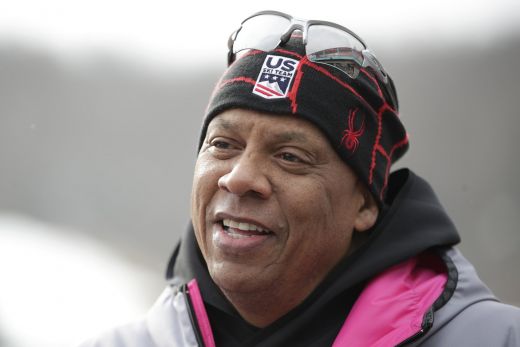 How Local and National Efforts are Changing US Snowsports
Growing up in the Bronx, Schone Malliet, was a self-described asphalt kid. To state the obvious, snow sports were not on his radar.

After becoming a Marine Corps pilot, Malliet flew into Utah and found himself meeting friends in Park City. There, Malliet tried skiing and without the right clothing, the right gear and without any instruction it was a terrible experience.

I was cold, miserable, and falling down a lot. I knew Id never do that again, he shares.

But then against all of his expectations, he fell in love with snowsports. His was in large part thanks to a connection with National Brotherhood of Skiers (NBS) which is the largest organized African American ski club in the United States. As Malliet puts it, Socializing the process of learning from never-ever to being good at it made all the difference.

Not content to remain a recreational skier, Malliet became increasingly involved in competition which eventually lead him to hooking up with US Ski and Snowboard as coach and an official. But what really captured Malliets imagination was developing best practices for getting kids  and in particular city kids like him  outdoors, active, and engaged on snow. The result of Malliets efforts is a model initiative that has gained national and international attention, including a 3rd place in the FIS SnowKidz Awards which recognize the Worlds Best events and actions to bring children to the snow.

Winter4Kids is a nonprofit that changes lives through winter activities. Students come from nearby communities in New Jersey and New York, and as from far away as Detroit, Michigan and the state of Georgia.

Based on a 6-session model, children spend two sessions each on alpine skiing, nordic skiing, and snowboarding. Then they choose one discipline to master and that becomes their focus moving forward into subsequent years.

Since the programs inception, nearly 9,000 children have participated and 62% of kids who can come back, do. Of these, 50% will likely become lifetime enthusiasts. One of the keys to increasing diversity in snow sports is to increase access. Winter4Kids has done just that. said FIS Bring Children to the Snow Coordinator Andrew Cholinski.

While ski boots on the ground organizations like Winter4Kids are able eliminate economic, geographic or cultural barriers to snowsports on a local level, national organizations like the National Ski Areas Association (NSAA) and US Ski and Snowboard (USSS) are increasingly focused on changing the culture of recreational and competitive snowsports.

As a trade group serving hundreds of ski areas and resorts throughout the United States, NSAA initiated Diversity, Equity and Inclusion (DEI) training amongst its staff this year, and is offering DEI resources to its member resorts.

One of NSAAs goals is to break down barriers that have made people from differing backgrounds and circumstances feel uncomfortable with, or even alienated, from snowsports.

Visual media and content plays a big role in whether or not people want to try skiing. Showing face shots on gnarly, super-steep terrain may get the core stoked, but these wont be of interest to those who have never experienced skiing, explains NSAAs Adrienne Saia Isaac. Likewise, if ski resort images only show white families, it is difficult for nonwhite families to see their place on the mountain.

And because its hard to learn something new when you dont understand whats being said, language is a barrier, which is why ski areas in serving those for whom English is not a first language translate materials and offer instruction in other locally-prevalent languages.

On the competition side, US Ski and Snowboard has had a DEI committee since 2017. The associations efforts are guided by three principles:

 Nurture a diverse community rooted in mutual understanding and respect
 Educate constituents about the importance of a diverse community
 Support innovation in approaches to enhance access and retention of underrepresented groups.

Like NSAA, USSS began with an internal focus. We recognized early on that we needed to get our own house in order, shares Ellen Adams, the committee chair. We couldnt start to tell anyone about diversity, equity and inclusion best practices and what they should do to be more diverse and inclusive until we took a look in the mirror to understand what we can do better.

USSS has a deep reach into local skiing through affiliated clubs and competitions. Some of the areas they are focusing on include building partnerships with organizations like Winter4Kids, Share Winter, and the National Brotherhood of Skiers, diversifying the USSS Board and Sport Committees, encouraging staff to volunteer with nonprofits that serve underrepresented groups, pushing for greater gender equity in coaching, and expanding racial diversity in snowsports generally and in ski racing specifically.

This Is Who We Are

Back on the snow, Malliet remains focused on making a difference in the lives of kids, rather than on broad policy and cultural change. This was a plan to get urban kids who traditionally dont have access to snowsports involved he says, adding that he doesnt have a strategy for diversity and inclusion and instead diversity is not something we do, but who we are.

ABOUT THE AUTHOR:
Hailing from Colorado (USA) Kristen Lummis, or as she is better known, the Brave Ski Mom, is an avid skier and true family mum in every sense of the word. www.braveskimom.com

Zaugg and FIS extend partnership with Bring Children to the Snow